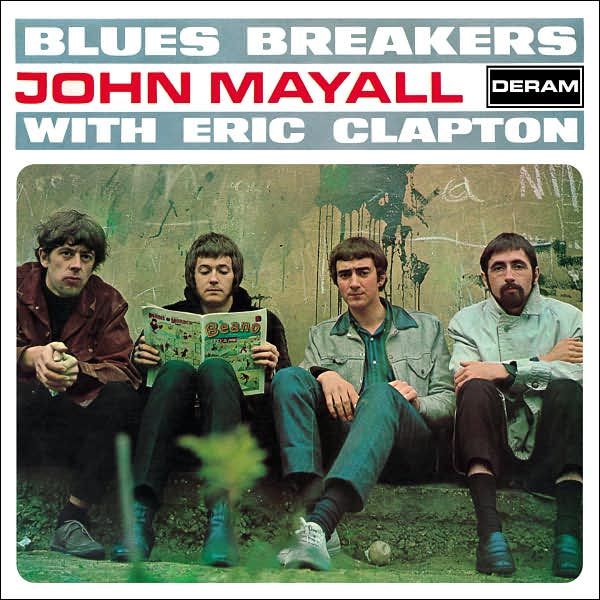 Want to talk high-end vintage electric guitars? Then let’s talk 1958-1960 Gibson Les Paul Standards. Although this model was severely underappreciated in its day, it would come into its own half a decade after its demise to be the first truly effective tool of heavy rock lead guitar. At the time, however, the purveyor of said electric revolution thought he was playing the blues. Yep, with a Les Paul, Marshall Model 1962 combo amp, a head full of delta blues licks, and enough youthful drive and desire to push the entire brew right over the top, Eric Clapton forged a tone for all time way back in 1965 while recording Blues Breakers with Eric Clapton with John Mayall (a disc often referred to as The Beano Album for the comic book Clapton is reading in its cover photo), and rock guitar has never looked back. 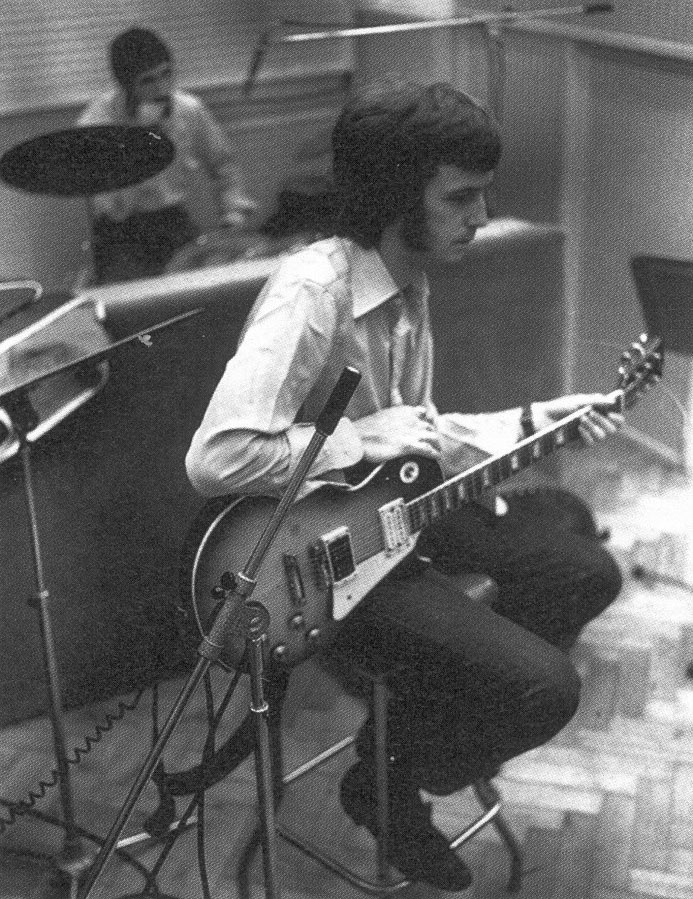 I say “rock guitar” although, sure, this was a collection of Brits trying to be a blues band, which they were in spades, but the resultant “blues-rock” sound that achieved its alchemical perfection in a London studio 43 years ago also laid the bedrock for one of the most sought-after rock tones of all time. Clapton worshipped the American blues masters, as did the whole collective of British musicians who revolved around touchstone figures such as John Mayall and Alexis Korner, but rather than replicate what Robert Johnson, Muddy Waters, or B.B. King had done he was looking to push it into another dimension. The tone has become universal among guitar players, often cited and endlessly documented; rather than try to accurately describe it, I only ask that you just lie back, close your eyes, and conjure the sweetest, fattest, juiciest humbucker-driven blues-rock tone imaginable. Or better yet, give Beano a spin and let tracks like Hideaway, All Your Love,  Steppin’ Out and Key to Love speak for themselves.

It’s hard to say why the first incarnation of the Les Paul Standard (known simply as the Les Paul Model in 1958 and ’59) failed to set the guitar world alight. Having evolved from the Goldtop with P-90s of the early ’50s to the luscious Sunburst-finished beauty with PAF humbuckers and Tune-o-matic bridge of 1958, it was perhaps too staid looking for hep cat rock and rollers on the scene, or too fat and warm sounding in an era when brightness and treble were sonic virtues. Ultimately, I don’t think either of those quite explains it—chalk it up to another mystery of guitar marketing. In any case, records indicate that Gibson only manufactured some 1,700 Les Paul Standards in that three-year span, before changing the design entirely in 1961 to the guitar we now know as the SG. Fortunately for the formerly unsung single-cut, Eric Clapton got his hands on one of them, and set about making history with it.

A myriad of ingredients go into making the Les Paul magic that Clapton tapped for his Blues Breakers sound. The combination of a solid mahogany body with a hard maple cap gives the guitar a warm, round tone that nevertheless achieves good cut, snap, and clarity. The Gibson’s 24 3/4” scale length also contributes to a slightly plumper, thicker tonality than the 25 1/2” scale that Fender has traditionally used, while also making the Les Paul a more bend-friendly instrument (a characteristic the wider frets used from ’59 onward also contributed to). An enormous vein of these 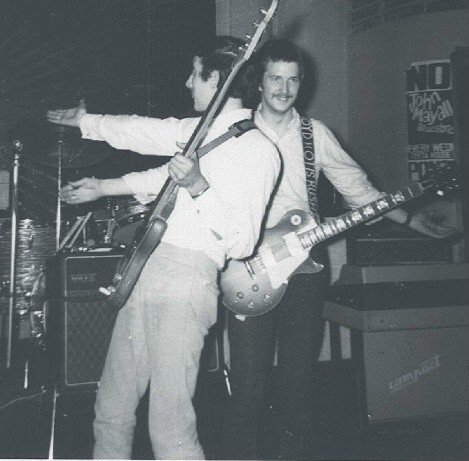 guitars’ gold load, however, is considered to lie in their pickups. The humbuckers of the original run of Les Pauls—known as PAFs because of the “Patent Applied For” stickers found on their undersides—are widely considered the first pickups with the power to really rock. In fact, electronically, PAFs aren’t especially hot pickups; they are usually no more powerful than the vintage P-90s that preceded them, and many of each type have similar readings in the region of 7.5k to 8.5k ohms, with the occasional example dipping above or below that range. But these humbuckers’ broader sonic window—the string-vibration area read by two side-by-side coils instead of just one—sends a meatier spread of frequencies to the amp, which more easily drives it into distortion than the average single coil. The result is a fatter signal, which often can behave as if it’s more powerful than its actual resistance reading would belie. In a good original PAF, an impressive amount of clarity and definition helps create an irresistible tonal combination.

Alongside the rediscovery of the Les Paul, the fledgling Marshall company’s foray into guitar amplification was rapidly setting the standards for big rock tones. The Model 1962 combo that Clapton selected for the Beano sessions was the 2×12” combo version of the 45-watt JTM45 head, normally partnered with a closed-back 4×12” cabinet. (Note that although many Marshall model numbers look like years of manufacture, they actually have nothing to do with when the amps were issued; the 1962, for example, was introduced in 1964). Putting the same powerhouse in an open-backed combo with just two 12” Celestion Greenbacks really drove the speakers to some serious wailing when this amp was cranked up, and Clapton did just that. Unlike the crispy crunch tones that slightly later EL34-based Marshalls are known for, these early amps—which were based very closely on the circuit of Fender’s late ’50s tweed Bassman—first used 5881 output tubes (a ruggedized 6L6GC variety), and later European KT66s, before converting to EL34s. The JTM45-based Marshalls still had GZ34 tube rectifiers, too, rather than the solid-state rectifiers the Plexis would carry, so they gave up a little more compression-like squash when hit hard. Clapton wound this 1962 up to the max, injected a Dallas Range Master treble booster for a little extra sting, advised the engineer to place the microphone on the far side of the room, and went after it. Pure juice.

Like a lot of great tone masters, Eric Clapton’s rig didn’t sit static for long, although he continued to be Clapton whatever he played. His Les Paul was stolen in the summer of 1966 during the rehearsals for the first Cream tour (it has 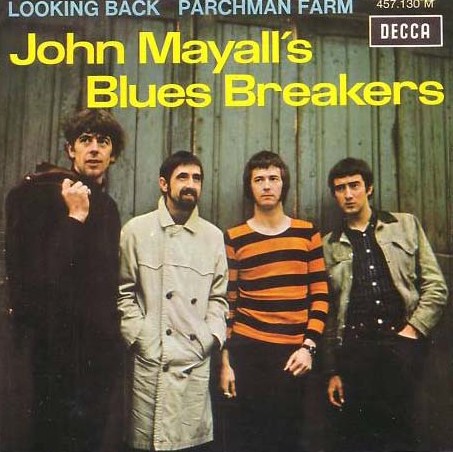 never surfaced), and he went on to use a Gibson SG and ES-335 with that super group, through larger Marshall full stacks. If you’re looking to nab a degree of that Beano tone for yourself, any good Gibson Les Paul model of recent years equipped with lower-powered alnico pickups (which is to say more accurate PAF reissues) such as 57 Classics or BurstBuckers makes an excellent starting point. Few people can afford an original Marshall Blues Breaker combo (although plenty more than can afford an original ’58-’60 Les Paul!), but good reissues are available, or any 6L6-based all-tube 50-watter with a pair of vintage-voiced 12” speakers can usually be coaxed into fat, Clapton-esque blues-rock tones in the right hands. You can even crank-up a hand-wired Gibson GA-42RVT and get yourself in the ballpark. Now, all you’ve got to do is put some serious study in on the early blues masters, lock yourself in a room for days, months, maybe many years, ingest a little Slow Hand DNA, and cop that fat, sweet blues-rock tone.
How hard can it be?